All Events  ›  THE CLOSED DOORS 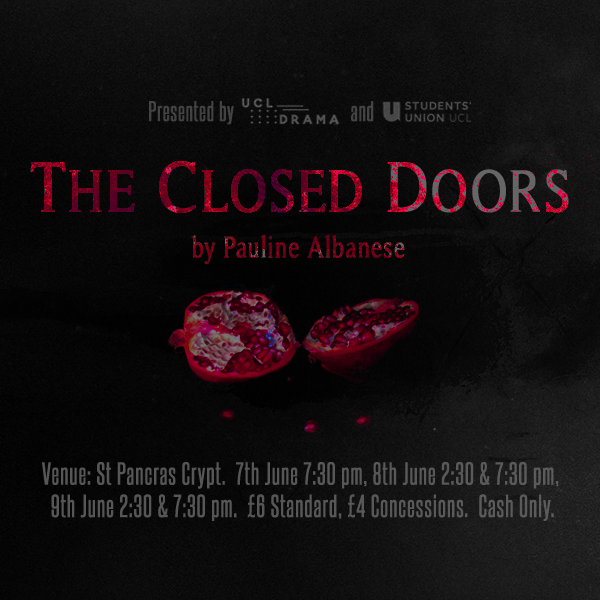 The Closed Doors, a book of sixty pages, is a play
written by Pauline Albanese. It was published in
2015. The poetic quality of it has some people
shelved The Closed Doors as poetry as its genre
as well in the Goodreads website. It recounts the
story of Hades and Persephone, two deities from
Greek mythology, which are commonly known as
a pair of god and goddess who rule the realm of the
dead. Other characters which appear in the play are
Eurydike and Zeus who are listed respectively by
Albanese as “a servant girl” and “king of Kings”.
The Closed Doors are divided into four acts in
which each act is consisted of four scenes.

£6 standard ticket/ £4 concession cash on the door only