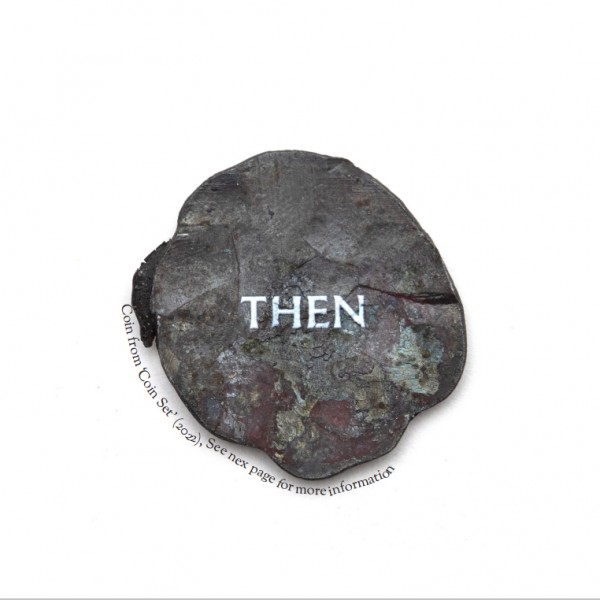 SUMP To Seep is Small Mutation. In preparation for a state visit from Vladimir Putin, the authorities of Suzdal, Russia, covered up the towns dilapidated buildings with large tarpaulins, printed to depict buildings that were not broken or falling down.

The earliest examples of condoms ever found were excavated from a cesspit located in the grounds of Dudley Castle. They were made from animal membrane and dated back to as early as 1642.

A Palimpsest is something that has been reused or altered but still bears visible traces of its earlier form. There are 11 pennies found to have been counter marked by su!ragettes between 1913 and 1914. The penny was a small enough denomination to avoid being recalled by the bank, so letters were stamped over the Kings face reading, “VOTES FOR WOMEN” then sent back into circulation.

This exhibition is interested in the histories and bodies hidden, written over and defaced. In this sump, our exhibition, we hope to build seepage and discharge to provide another layer of mutation to historical understanding, from medicine to capital to technology.