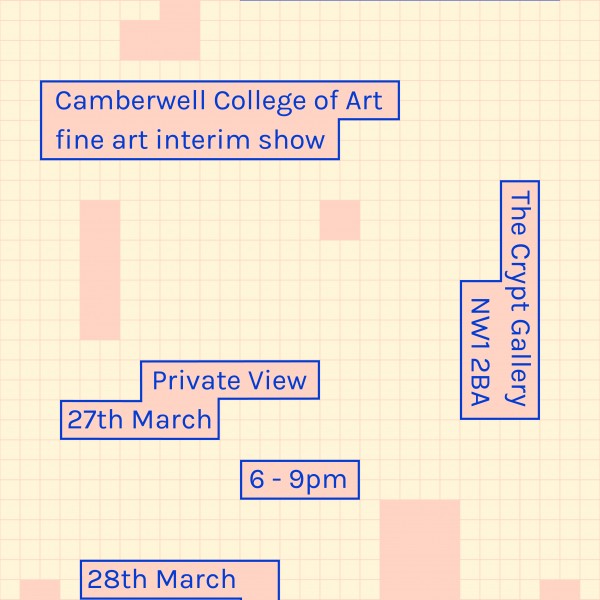 I went to two shows tonight. The weather was so beautifully warm… or was it wet and cold? Perhaps I got water in my shoes? I’m struggling to remember.

But I do remember placing my shoes on the radiator, and stuffing it with tonight’s press releases… at the same time I don’t remember wearing a jacket.

The first – the less said the better – only really aids to the comparison of the show I want you to remember.

The second was a group show. It didn’t have the claustrophobia of the first. It was in a crypt so I can’t deny that it wasn’t ominous but there was just this sense of leeway in the work. I think I felt a little suffocated by the first private view I went to.

It was just so unstimulating, so resolute, so removed. The poetry had been beaten out of the works. Re-reading what I wrote I realise that I’m romanticising here to no one.

How do I want to remember. I went from drinking crisp cold white wine one show serving warm white wine asking for bar donations. You’d expect the latter to come up second but it was the opposite. There was an energy that rejuvenated me, I could still feel the poetry within the works..

I felt, rather than saying through pursed lips ‘Yes I love the show it’s really lovely what a wonderful lovely show,’ it had an atmosphere in which I could discuss the works with those present.

That there was room for a conversation, a constructive critique. So I stayed.

I enjoyed the show as a conversation between a large coalition of young, bright, aware minds.