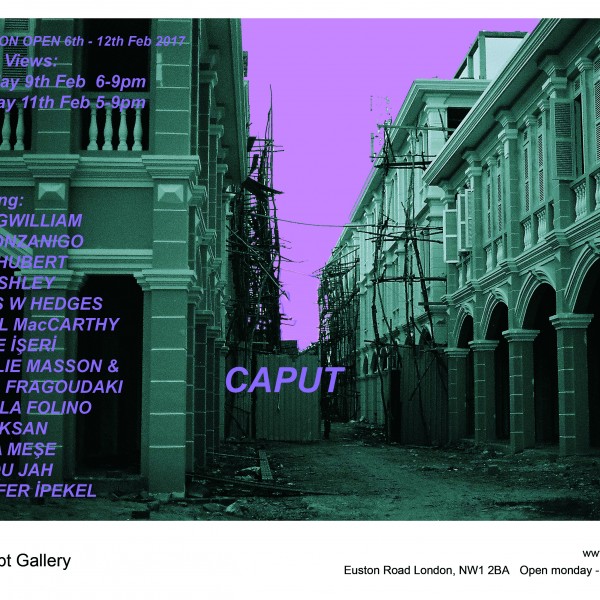 CAPUT is a memento mori- we are all caput sooner or later. In this show we offer up a defiant acts of creation- demonstrating our refusal to just lie down and die. The Crypt is a place where the corporeal gives way to memorial, but so too to reincarnation and rebirth,  just as the dead plant fertilizes the soil for the green shoots of spring.

From Turkey, America, France, Italy, Greece Senegal and the UK, Caput presents a timely sepulchral reminder that artistic comradeship knows no boundaries. AQ counter dialogue to that which divides: the glittering creations in every alcove of this unsealed mausoleum speak of a collectivity of human experience, and an understanding that death, the great leveler, recognises not the arbitrary divisions man had conceived of to complicate life.