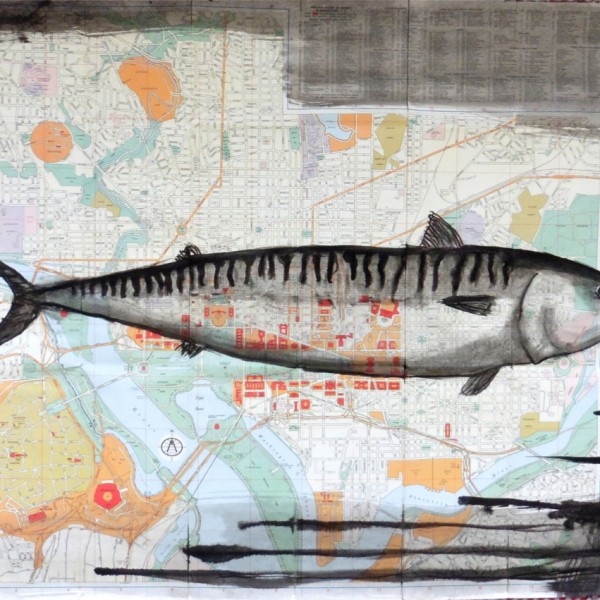 As a migrant artist space is often a problem and in addition a subject of reflection. When I moved to London I used to walk through the streets trying to find a solution for my big paintings. Then I realized that this city is a city of migrants, movement and constant change. People move constantly leaving behind their trace but also their belongings…. Those objects as doors, furniture, domestic appliances are not only a blank canvas, they have their memory. They have been used softly, angrily, sleepy, sadly, happily…thousands of times and suddenly when they were not longer needed they were left behind not to be used again.

What I try is to capture reality through those objects and persons who have been part of that reality. I consider my paintings as still images; photos taken in a particular moment, right when the subject is not aware that it is being seen, being captured as I was catching for an instant the reflection they cast, the trace they are leaving behind. At the moment my practice deals with old maps which I use as a surface to give the drawings a background full of meaning. There, they blend, they merge with each other to become one new thing.

What I think I could achieve from being part in this residency is to work in the idea of London as a map. I would work with maps of London and specially the area close to the Crypt gallery to create new drawings of the London wildlife (That includes human beings as well).